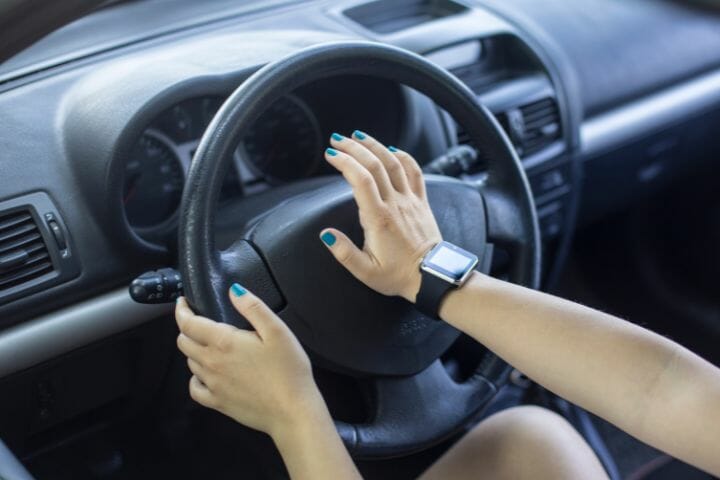 Here are a few reasons why your Astra horn not working and what you can do about it. Read on to find out more.

If your Astra car’s horn isn’t working, you may need to replace the clock spring. This part transmits electrical signals from the steering wheel to the car’s Horn.

Replacing the clock spring is a relatively easy task that almost anyone with basic automotive knowledge can perform. This blog post will teach you how to replace your Astra’s clock spring. A car horn signals to warn other drivers or pedestrians of danger. The tone and volume of a car horn are regulated by law in most jurisdictions. A driver can manually operate car horns or integrate them into the vehicle’s electronic security system.

Most car horns produce a loud, sharp sound that is difficult to ignore. The sound of a car horn can startle other drivers and pedestrians and can also be used to get their attention in an emergency.

Fuse And Its Purpose

A fuse is an electrical safety device used to protect circuits from overloading. Fuses are designed to “blow” or “open” when too much current flows through them, interrupting the circuit and preventing further damage.

Fuses are made of a conductive material, such as metal, that melts when too much current flows through it. The melted fuse then breaks the circuit, stopping the current flow.

Fuses are usually placed between an electrical circuit’s power source and the load. This way, if there is an overload of current, the fuse will “blow” before the circuit is damaged.

You might also like to read: How Long Should You Wait after Putting Oil in Your Car?

How Do You Check Fuses In Your Car?

There are several ways to check fuses in your car: Relay And Its Purpose

A relay is an electrical switch that is activated by an electromagnet. When the electromagnet is energized, it creates a magnetic field that closes the switch, allowing current to flow through the circuit.

When the electromagnet is de-energized, the magnetic field disappears, and the switch opens, interrupting the current flow.

Relays are used in various applications, including switches, timers, and motors. They are often used in circuits with high currents or voltages to isolate the control circuitry from the load. Relays can also be used to control multiple devices with a single signal.

Astra Horn Not Working – Causes And How To Fix It

One of the most frustrating things that can happen to your car is when the Horn button stops working. Not only is it a safety hazard, but it can also be a real pain trying to get it fixed. If you’re having trouble with your Astra’s Horn or the car is giving intermittent horns, here are some possible causes and how to fix them.

If your Astra’s Horn isn’t working, one of the first things you should check is the horn relay. The relay is responsible for sending power from the battery to the Horn, so if it’s not working correctly, the Horn won’t either. The relay’s location is in the fuse box under the hood; if it’s faulty, you’ll need to replace it.

Another possible reason for a non-working horn is a dead battery. If the battery doesn’t have enough power, it can’t send the necessary power to the Horn, so that it won’t work. You can test the battery with a voltmeter to see if it’s truly dead or if there’s another issue.

If the horn wiring is loose, it can also cause it to stop working. The best way to fix this problem is to take your car to a mechanic and have them check all the wiring to ensure everything is secure.

If your car’s fuse box has blown a fuse, that can also be why the Horn isn’t working. You’ll need to replace the fuse with a new one to get the Horn working again.

Finally, if none of the other issues are to blame, it’s possible that the Horn itself is damaged and will need to be replaced. This is usually not a do-it-yourself job, so you’ll need to take your car to a mechanic to fix it.

If your Astra’s Horn isn’t working, don’t despair! There are several possible reasons why and some easy fixes too. By troubleshooting the problem, you can hopefully get your Horn working again in no time. Where is the Horn located on a Vauxhall Astra?

Can I drive with no horn?

You may break the law if your car doesn’t have a horn. In most states, it’s against the law to drive without a working horn. So if your Horn isn’t working, get it fixed before hitting the road.

Astra horn not working when lights on

The wiring could be a problem if your Astra’s Horn is not working when the lights are on. Check the connections between the Horn and the battery to ensure they are secure. If they are, then the problem may be with the Horn itself. Try replacing the Horn to see if that fixes the problem.

The wiring could be a problem if your Astra’s Horn is not working when the lights are on. Check the connections between the Horn and the battery to ensure they are secure. If they are, then the problem may be with the Horn itself.

Try replacing the Horn to see if that fixes the problem. If your car has a bad horn switch, then there may be an issue with the electrical system. Bring your vehicle to a mechanic to have it checked out.