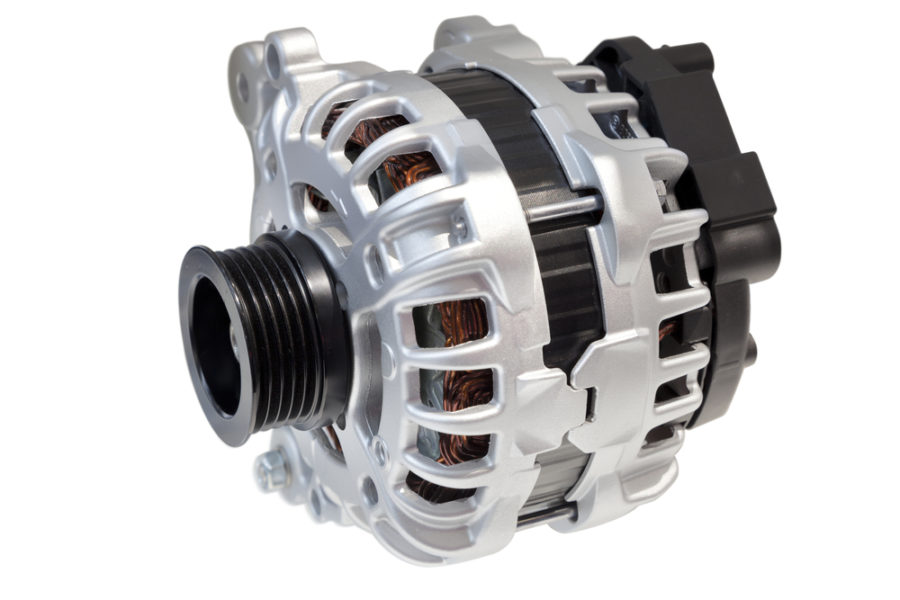 Even if you’re not the biggest fan of cars, as a driver you likely will have heard the word ‘alternator’ before.

It is an essential part of your car’s engine and without an alternator, the car would not run.

The battery provides electricity to start the car’s motor, once the car is running it is then the alternator’s job to provide energy to the car’s electrical system and to recharge the battery.

It can be scary when the alternator goes on a car, so how long does an alternator last?

Today we’ll look at the factors that affect the lifespan of your alternator and signs that the alternator is dying to try and understand how long an alternator lasts. What affects the lifespan of the alternator?

First, let’s look at aspects that can affect the lifespan of the alternator.

Alternators are particularly important in modern cars as they now have a lot more responsibilities than they did in traditional motors. This is because traditional vehicles had a lot less electrical systems within them than modern cars do.

In old fashioned cars, the alternator would only be expected to power the headlights but now cars are full of gadgets powered by electricity.

Modern cars have several gadgets and accessories which are extremely heavy on power. What was once a simple radio system is now often replaced with a device that can give GPS navigation and even play videos.

Even the most basic of functions have been replaced and are now powered by electricity, from windows to mirrors, our cars are now full of devices which eat energy provided by the alternator.

This puts a lot of stress on the alternator. The entire time that your car is driving the alternator is working tirelessly, operating to power your GPS, operate your windscreen wipers on rainy days, and even heat the seats you sit on.

All while simultaneously recharging the battery ready for the next time you start the car. With all this considered, it’s totally understandable that alternators do not last as long as they used to.

How long does an alternator last?

Generally speaking, alternators will last a long time. An alternator dying on a car is a fairly common fault, but the alternator does put in a number of years worth of work before it dies.

That being said, it is highly unlikely that an alternator will last throughout your car’s whole lifetime. Most alternators will remain in function for between 40,000 and 100,000 miles or roughly 7 years if you would prefer to measure it that way.

However, when the alternator does eventually die, there is a part of the alternator that usually causes this. The needle bearing that the alternator rotates on is prone to breaking after continual wear and tear. This can be due to a build-up of dirt on the bearing or simply because of continued use.

Another common problem that causes the alternator to die is the heat it is exposed to from the engine. When operating, the engine of the car produces a lot of heat and this can cause damage to not only the alternator but also other mechanical parts of your vehicle.

Signs of a Dying Alternator

Now that we’ve established an average lifespan for your alternator, it seems only fitting we outline some of the common signs that your alternator is on its way out.

If you experience any of the following while driving, this could be a symptom of your alternator struggling:

Can I drive with a dying alternator?

Once the alternator has started to die, it is only a matter of time before it stops working completely. You may be able to get the car to operate for a small period of time, however, this is not necessarily a good sign.

If the car does run, it is powered solely by the energy stored within your car’s battery. The battery only stores a very minimal amount of energy, and as the alternator is not working this amount will not recharge, so the car will only run until the battery dies completely.

You should never attempt to drive a car with a dying alternator on a road as this is extremely dangerous. All of the essential functions of the car that notify other road users of your presence are powered by electricity.

If your alternator is dying, these essential parts such as the headlights, brake lights, and lots more will not be able to function. This puts you at a high risk of road accidents and also makes it likely that the alternator will die completely when you are in the middle of a busy road.

We’ve already outlined the key symptoms of a dying alternator, if you are experiencing one or more of these you should take your vehicle to the garage immediately for the issue to be fixed.

The alternator is an essential part of your car’s engine, as soon as the alternator begins dying your car will also die pretty soon after.

This is why you should take your vehicle to the garage immediately if you experience any of the issues with your car that we’ve outlined before.

To prolong the life of your alternator you should complete regular maintenance on your vehicle and watch out for the warning signs.

But on average, an alternator will usually last about 7 years depending on your driving habits.