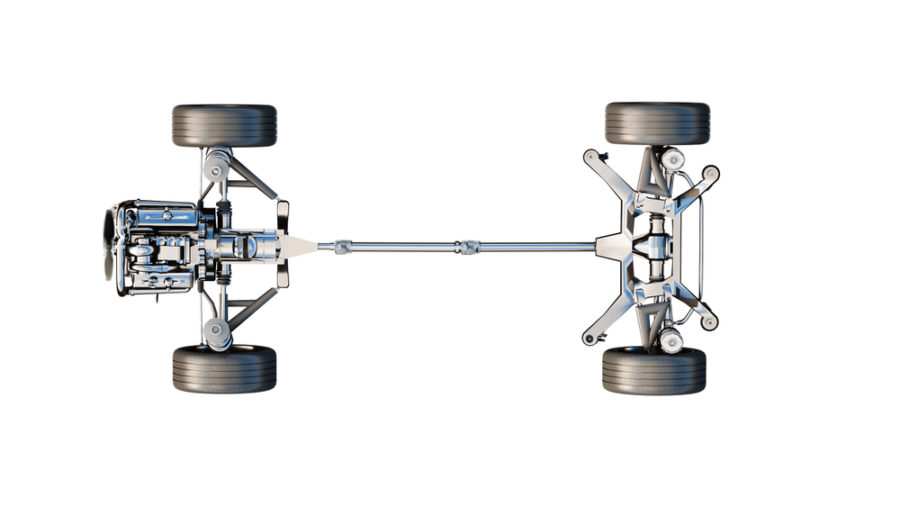 Stretch limousines will often have 3 sets of wheels and therefore will contain 3 sets of axles.

Axles are a bar (shaft) that goes underneath the body of your car. It connects the wheels on each side to one another so that they can move simultaneously. They tend to move with the wheels.

Axles are a requirement for a car to run as they are what the power to propel the wheels is converted through. How do you count the number of axles?

Stand outside of your vehicle and look at it from the side.

For each wheel you see, count an axle.

Each pair of wheels contains one axle that connects them.

What does the number of axles depend on?

Most standard cars on the road only have 4 wheels, and so contain 2 axles.

These are commonly vehicles such as tow trucks.

What are the types of axles?

Rear axles are live and rotate at the same time as the wheels. This type of axle is designed to send power to the wheels that drive the car. They are formed of 2 half shafts which are connected by a differential.

Front axles are found near the front of the car. They are used primarily for steering the car and absorbing shocks generated by the car travelling over an uneven road surface.

They are made of 4 main sections: the beam, swivel pin, track rod, and stub axle. These need to be sturdy and as a result, tend to be made from nickel steel or carbon steel.

In cars with rear-wheel drive, the stub axles assist with the steering of the car.

There are 3 main types of rear axles – semi-floating, full-floating, and three-quarter floating.

Semi-floating axles connect on the exterior of the axle shaft and hold the wheel and flange securely together. The axle has 2 bearings – one inside the axle casing and one to support the shaft.

This is the largest of the axle options as it has 2 bearings and in order to generate the same level of torque, must be larger. These are commonly used in mid-sized trucks, SUVs, and regular cars.

Full-floating axles also have 2 bearings but instead of being held in one place, it is suspended. It effectively floats in one set position, giving it its name. They are found primarily in large vehicles like heavy-duty trucks.

They are also found in cars that use four-wheel drive and mid-sized trucks primarily used for towing. Full-floating axles transmit only torque.

There are 2 main types of front axle – dead and live.

Dead front axles remain stationary even when the wheels are turning. They are often covered with a protective housing to stop water and dirt touching them. If they did get dirty, this could cause the axle to malfunction.

Live front axles are used to transmit the power from the gearbox inside the car to the front wheels.

This is then held in place by a pin known as the cotter. A reverse Elliot axle is the same but in the opposite arrangement. How to Know When Your Axles Need Replacing

Listen to the sounds that your car makes as you change gear. If you hear a clunking noise that is not usually there, it’s probably due to issues with the axle.

If you feel your car vibrating when it starts running, this too could be due to an axle issue. If you cannot make your car move forward or backwards while it is on, this could also be caused by axle issues.

Additionally, if you notice any grease leaking around the tires, this could be caused by axle issues.

As a general rule, car axles last around 80,000 miles or 6 and a half years. To extend the lifespan as far as possible, regularly grease them to present wear and tear.

Take care not to allow grease to leak from the shaft boots. This can allow dirt to enter, the joints to lose lubrication and can make the axle wear out faster.

If you have any concerns about the function of your car, we strongly advise you to take it to a qualified mechanic to check it over.

What is the cost of replacing an axle?

As axles are so vital to the function of a car, it is important that they are fixed correctly.