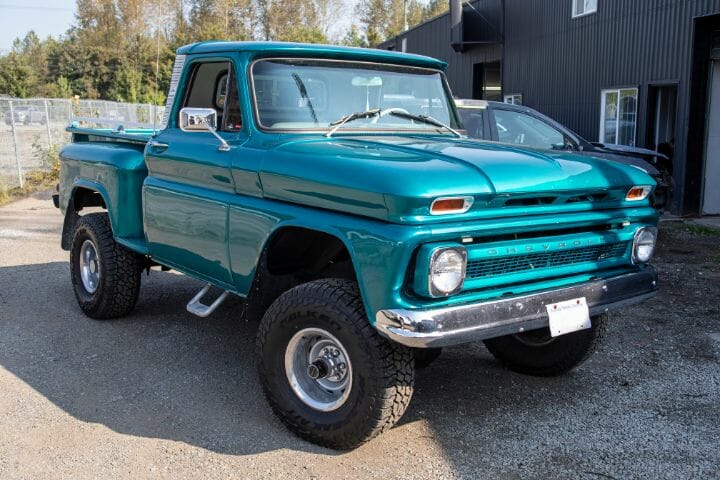 Is your Chevy truck stalled and you don’t know why? It’s possible that no power to fuel pump relay Chevy truck is causing the engine to not work. We have shared below some reasons why this is happening and what you can do about it. Read on.

In any vehicle, there are several key components that come together to make the engine work. One of the vital components is a fuel pump.

Simply put, a fuel pump collects fuel from your car’s fuel tank and sends it to the engine’s injectors, which use the fuel for combustion.

When the fuel pump does not work, the engine will not get fuel to run itself, and the car will not work.

In most cases, the key reason why a fuel pump is not working is because of the fuel pump relay. This issue is unfortunately not new to Chevy truck drivers as well. This article looks at why this happens and how to fix the problem. How does a Fuel Pump Relay work?

Before moving on to how we are going to fix this problem, it is important to know the mechanism behind a fuel pump relay. The mechanism is explained below.

Where Does the Fuel Pump Get Power From?

A fuel pump gets its power from the car battery. When you turn on your ignition key, the battery sends power to a fuse, from there to an ignition switch, thereon to the engine control module, and lastly to the relay itself.

When you start your car, the circuit that forms between these components closes and starts to send power to the ECM relay.

The ECM relay sends power to the Engine Control Module. It is connected on 4 sides:

The first two are the control sides, while the last two are the load side. When power flows through the ECM relay and the circuit is completed, the Engine Control Module starts to get power.

You might also like to read: 5 Reasons Why Renault Megane Drivers Door Not Unlocking And How To Fix It

How to Diagnose No Signal to Fuel Pump?

Now that we understand how the fuel pump gets its power, let’s see why your Chevy truck’s fuel pump might not be getting any power.

One of the main things to look out for is to check whether there is damage to the wiring that connects the fuel pump relay at the front and the actual pump at the back.

Sometimes, the terminals get corroded and require immediate replacement. You can use a multimeter to check how much power is being drawn from the wires. A multimeter reading of 0 V instead of 12V is indicative of damaged wiring.

The best possible way to resolve this is to remove the corrosion on the fuel pump terminal connector using electrical contact cleaners. However, if the issue is caused by a poor ground connection, the answer is to use spray contact cleaners in all the parts like the ECM relay, fuel pump relay, and fuel pump. Any damage to the coil inside the relay will cause the problem consistently until the fuel pump is replaced by a new one. A possible fix is to swap the relay with others of the same rating. You can also try to solve the issue by connecting the load side pins 30 and 87 together through a jumper wire.

Blowing off of fuel pump fuse

The flow of a heavy current will heat the fuel pump fuse and ultimately blow it off. The easiest and most effective fix is to replace the fuse with a new one.

If the ECM is faulted it will not be able to supply power to the fuel pump relay nor ground it properly. There are two possible fixes to this. You can either replace the ECM or use a jumper wire connection as mentioned earlier.

You might also like to read: How To Fix A Manual Car Window That Won’t Roll Up

ECM is not supplying power to the fuel pump relay

To fix the power supply issue, clean all the electrical connectors and wirings using spray cleaners and make sure they are not corroded or loose.

A bad crank shaft or cam will not allow to send a signal to the ECM (because it thinks there are no RPMs). In some cases it might cause the fuel pump relay ground to unground, which will disconnect the supply. The first thing that’ll come to your notice while turning on the ignition key is a buzzing sound that is indicative of prime function. However, sometimes it might happen that one cannot hear this sound and simultaneously the vehicle is not starting.

Such a phenomenon indicates that either the fuel pump is not able to receive the necessary energy from the battery source or there is some issue with the fuel pump model itself.

There are multiple reasons responsible for a bad fuel pump relay. Such a malfunction brings about the disturbance of the electrical system of the car as a whole. Here are the major symptoms of no power condition.

You might also like to read: How To Fix A Manual Car Window That Won’t Roll Up

How to Fix No Power to Fuel Pump Relay?

Once you find out the exact reason behind the no-power issue, the solution becomes quite simple.

How Much Will It Cost You To Solve This Issue?

The cost of resolving the no power issue depends on the intensity of the problem. If the issue lies within connection and wiring, it will cost 10 to 20 dollars. However, if you need to fix a faulted ECM, it would cost around 1000 dollars, including the mechanic cost. How do I know if my fuel pump is getting power?

The most reliable way to know whether the fuel pump is getting power is by hearing a buzzing sound on switching on the ignition key.

Will a fuel pump work without a relay?

There is no chance that a fuel pump will work if there is any malfunction in the relay.

Chevy trucks are notorious for problems in their fuel pump and fuel pump relay, but with a bit of understanding of the basic circuitry, it is easy to fix the problems.

We hope the troubleshooting methods help you keep motoring. Thank you for reading the article, and do leave us your feedback in the comments section.