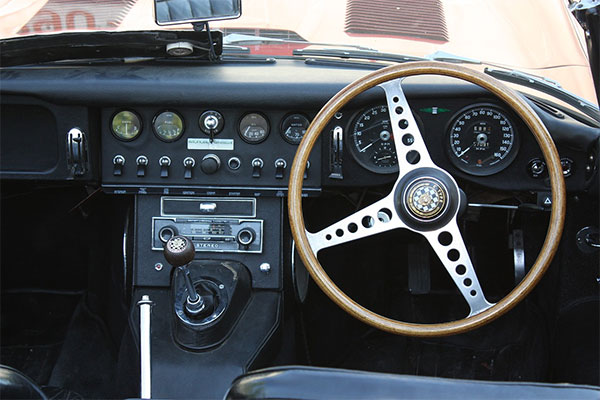 A bad starter is one of the most common issues that cars have, especially in older models of vehicles.

The introduction of electric cars will likely bring a stop to this once they become more accessible and popular, but for now, we’re stuck with cars that develop starting issues.

If your car refuses to start, you will probably need to take it to the garage or at least get it back home.

Luckily there are some ways to get your car to start temporarily and we’ll talk you through them in this article. But first, we need to understand just exactly what the starter does. What is a starter?

The starter is actually a very basic part of the engine of your car. It has one job, and that’s to ignite the engine which allows your car to get moving.

In order to work, the starter requires 3 things: a positive battery current, a ground, and a positive trigger to activate the starter solenoid. If your starter is not operating properly, it’s likely the issue lies in one of these 3 areas so let’s take a look at them in more detail.

One issue that could cause the starter to fail is an issue with the connections that form the circuit and supply the starter with a positive current from the battery.

Loose connections in the circuit can prevent the starter from receiving the correct amount of amps it needs to operate properly. To identify if this is the issue you should tighten the connectors on the battery terminal, then follow the positive wire all the way from the battery down to the starter.

Give the cable a little shake, and you will be able to identify if it is loose.

Another issue may lie in the grounds of the engine. The grounds for the starter are provided by the starter’s outer frame coming into contact with the transmission.

The transmission gets its grounds from the ground wires that connect it to the car’s body. If the wires at any point in this sequence have become rusted or damaged this could be causing the issues with your starter.

Finally, the cause of the issue could be the solenoid. The solenoid is the part of the engine which connects the starter with the transmission ring gear.

An easy way to identify if this is the issue is by listening. If you can hear the starter turning when trying to start the engine, there’s a good chance the solenoid is the issue. This damage is often caused by rust or corrosion.

If you are looking for a temporary fix to get your car a short distance, there are some ways you can encourage it to start, even with the starter issues. But remember these are all temporary fixes and you should take your car to the garage to be fixed.

If you ask any mechanic, they will tell you that this is the oldest trick in the book. It might seem ridiculous, but it simply involves tapping the starter. Surprisingly this trick does work quite well despite how simple it is and we’ll tell you why.

In most cars, especially older vehicles, starters will begin to develop dead spots in the circuit as they age. These spots often fall between the field coils and the armature which can cause problems to occur intermittently.

You may not notice this for a while as it will only cause an issue with the starter when the starter stops on the dead spot. As your car continues to age, more dead spots will develop, and only then will you notice the issue as the chance of the starter stopping on a dead spot increases.

By tapping the starter, the armature will spin. Even a small spin can cause the dead spot to move along the circuit, allowing your car to restart like normal.

Another really common method you could consider is either jump or push-starting the vehicle. Both of these methods are common ways to temporarily fix engine issues with cars, and they can also be used to start your car when the starter is acting up. 4

As long as the battery is in good working condition it will supply the starter with current, even if the starter is not working properly. This is why jump-starting could get your car running.

A jump start supplies the starter with a quick surge of energy which can push the armature over a dead spot in the circuit. Once it has passed this dead spot, the car will continue to run as normal.

Alternatively, if the vehicle is a manual transmission you could push start it. Simply put the car into first gear and hold your foot on the clutch while someone else pushes the car.

Once they have got the car up to a speed of more than 5MPH you can release the clutch and the car should continue to run. However, if the car comes to a stop you will need to push start it again.

Finally, you may decide to bypass the starter relay altogether to get the car running. This is definitely a temporary solution but it does work well with older vehicles. You may also have heard of this referred to as the screwdriver trick.

This method involves you using a screwdriver to connect the positive starter terminal and the solenoid terminal, allowing the current to run through the screwdriver between the two devices.

You should only attempt this if you are confident with mechanics and should take all safety precautions. The starter terminal is always connected to the battery positive terminal, so this method will take the relay out of the circuit.

Removing the error in the circuit will allow the energy to pass to the starter and allow your vehicle to start. The engine will remain running for long enough to get the car to the mechanic.

If you are experiencing issues with your car, and believe the starter is the cause there are a variety of methods you can use to get the car running.

You should use the method you feel most comfortable with, and always remember that this is just a temporary fix.

To get your car running smoothly again you need to take it to a mechanic for them to assess the damage and fix the real issue.