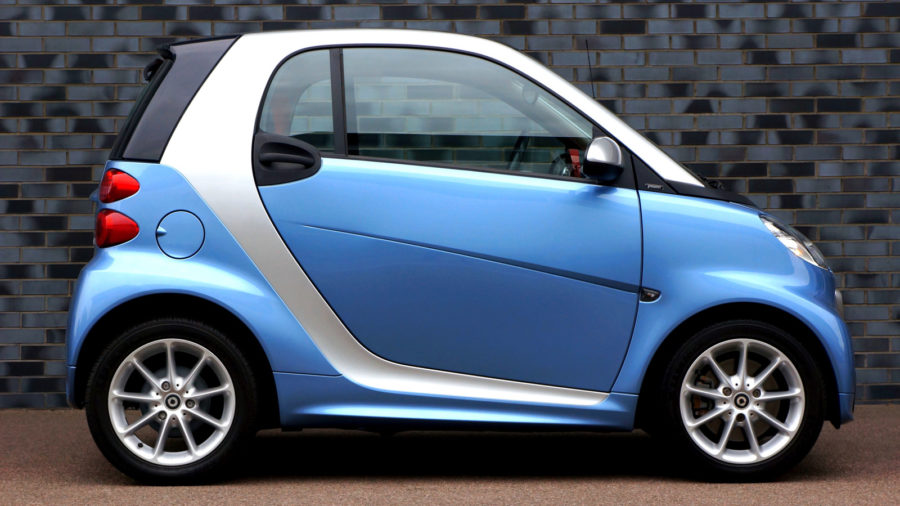 Smart Cars have experienced their fair share of controversy since their initial release in 1998. A lot of this is due to the size of these cars. Next to any traditional 3 door car, the Smart Car looks minuscule. These small cars by Daimler-Benz have often been criticized for being ‘too small to be safe’. However, despite their size, Smart Cars have passed road test after road test and are legal in most countries. A 3 door Smart Car can handle crashes up to 70mph and has even passed the world toughest safety tests. The cards have a built-in safety frame that protects the users inside them. We are often asked how much Smart Cars weigh? We get asked this a lot because of the cars’ size and how smoothly they move across the road. They look light in the way they move. So read on to find out how much a Smart Car weighs, as well as more information about its size and history. How Much Does A Smart Car Weigh?

How are Car Weights Measured?

There are three ways to measure the weight of a car:

This weight includes the car, ¾ of a tank of fuel, and the accessories that come with the car at the point of purchase (speaker, headlights, etc). This is the most commonly used statistic in auto showrooms.

Knowing this can help you get a good idea about how you can use your car day today.

This is the total weight of the GVW plus anything the car is towing.

Why Should You Know How Much Your Car Weighs?

It will help you to avoid doing serious damage to your car or putting yourself in dangerous situations.

One of the worst things you can do to your car is overloaded it and exceed its recommended payload capacity.

Doing this can cause the following problems:

These issues can mostly be avoided by knowing the maximum payload weight capacity of your car, and by avoiding overloading it.

How Big Is A Smart Car?

The dimensions of the 2015 Smart Fortwo models are:

The dimensions for the 2020 Smart EQ Fortwo models are:

There is no size difference between the two models, but the car has been designed to provide more boot capacity.

**The 2015 model was discontinued and replaced by the Smart EQ Fortwo model in 2020. What Are Smart Cars?

As gas prices hit an all-time high after the 2008 financial crisis the rise of the Smart Car in America began.

The German car was already popular with Europeans, particularly in cities with narrow streets and with a lack of on-street parking.

The predecessor of the small Smart Car was developed by Daimler-Benz and Nicolas Hayek (the inventor of Swatch Watches) who were looking to answer Europes calls for smaller cars. They worked on many prototypes throughout the 90s before releasing their first car in 1998.

Daimler-Benz continued to work on this project after Hayek left, and this work leads us to the modern-day Smart Car (Fortwo and Forfour).

One of the key elements of the smart car is its size. The car is less than 5 feet wide.  This was done to allow multiple smart cards to share one traditional parking space. Despite this, the car can comfortably fit two and has a large boot capacity.

What Do Smart Car Drivers Think About The Car?

In a survey conducted by Car Buyer Online, over 68% of users said they would recommend the Smart Car to a friend.

The main issue users have with the Smart Car is that Daimler-Benz and Mercedes (who now own them) advertised the car’s fuel economy as much higher than it actually is.

The smart car offers the opportunity to lower one’s road tax bill and has generally low insurance costs. Users also report that servicing costs are minimal when there are no major issues.

Older models appear to have the same reoccurring problem with their electrical system. This no longer seems to be an issue in the post-2014 models.

Users rave about how reliable and fun to drive the Smart Fortwo is, and love how easy it is to drive around narrow city streets.