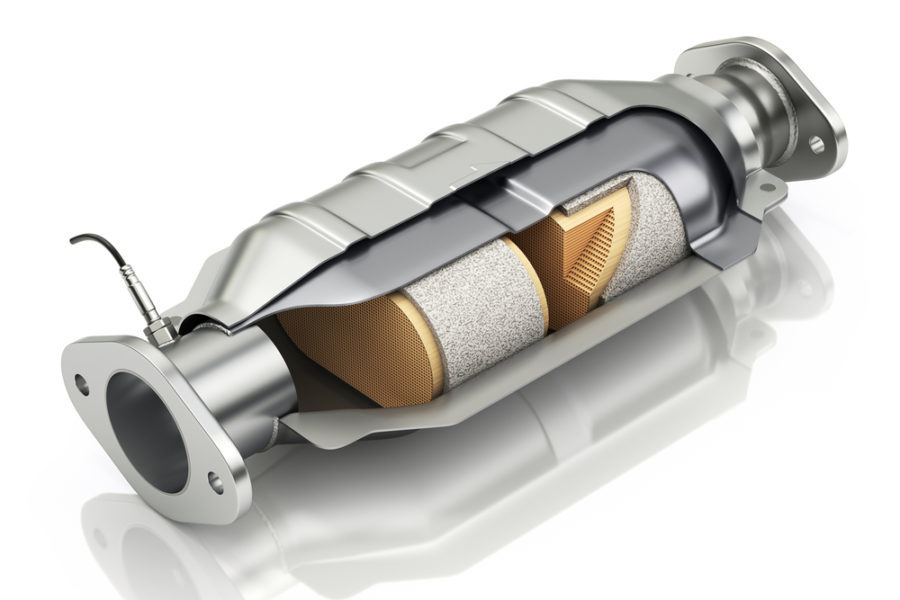 Is your car is making a loud and concerning noise when you start up the engine? Have you noticed a loss of power or control over your steering, amongst a myriad of other potential problems? Your engine is misfiring!

A common query regarding misfires is whether they can be caused by a clogged catalytic converter. Put simply, yes, if your converter is not properly functioning, it can lead to a misfire, but it could also be one of a number of other causes.

Read on to discover the textbook definition of misfiring, the damage it does to your car and how a clogged converter can pose a problem. We’ll also outline some of the other potential sources – just in case! What is a misfire and why is it a problem?

Typically, an engine powered by diesel or petrol utilizes multiple ‘cylinders’ to ignite whichever fuel you use; the gas produced as a result of this combustion process is what essentially creates the momentum for your car to drive.

When either the fuel, oxygen, or spark in your engine’s cylinders are not working as they should be (whether out of sync or at the wrong time), this can cause one or more of them to ‘misfire’ and fail to ignite correctly, resulting in a loud bang.

Not only can this cause your car to stop running, if it is able to continue, you may also experience an increase in environmentally toxic CO2 production, use more fuel much quicker and experience continuous outages.

How is it caused by a clogged converter?

Serving to transform those nasty chemicals produced by the combustion process into something less harmful to our Earth, the converter of your car plays a vital role in making your engine more eco-friendly, but they can’t run perfectly forever.

Residue from these gases will gradually build up in the honeycomb-shaped mesh of your convertor (think about the way tar gathers in a smoker’s lungs) and cause it to clog up, preventing it from doing this important job.

By blocking the proper flow of gases through the exhaust pipe, the disruption of their movement can cause the additional gas to ignite outside of your engine’s normal processes, causing that awful misfire racket.

If you are experiencing any of the following issues (alongside misfiring) it’s absolutely essential that you get your converter checked ASAO, as misfiring consistently will repeatedly cause problems with your engine and could destroy it entirely:

A decline in fuel efficiency can indicate a clogged converter, as you’re burning up extra fuel all the time, which continues to add to the blockage and makes your problem worse until it’s irreparable.

Smelling rotten eggs or other equally pungent odors may indicate that sulfates are building up in your exhaust as a result of your clog; whilst they’re always present, the more there is, the stronger that smell will be.

Rattling noises or strange sounds of any description emanating from your engine are also indicative of a problem with your convertor – if the honeycomb mesh becomes too clogged, parts can begin to separate and rattle when your car runs.

Exhaust smoke that is darker than normal is another indication of a clogged converter, as it becomes difficult to release gases over time, which leads to a stronger, darker color.

The dreaded “check engine” light may also suggest corruption of the converter, though your first thought is likely going to be a different issue – rule out any other potential problems before you decide it’s definitely a clog.

What other causes could there be?

So we’ve established that a clogged converter can definitely lead to engine misfiring, but what if you get that checked out and it’s not the problem?

There are several other reasons for a problem with your engine, such as…

Where there’s no spark, there can be no fire: if you can’t turn your ignition successfully, there’s a possible problem with your spark plugs, and this is probably the most common cause of misfires. It is, however, the cheapest to fix!

Similarly clogged fuel injectors, typically a result of continuous stopping and starting or consistently driving short distances, can likewise prevent the engine from running as normal, but are easily solved with fuel injection cleaning fluid.

Wearing down of the piston rings, which work to regulate the level of oil pressure in your engine, may cause the pistons to fall out of place, or spark a fire at the wrong time, leading to excess fumes and a reduction of acceleration power.

Faulty wiring from the spark plugs to your ignition, whether a natural cause of aging or just not functioning properly, could cause an engine misfire, as well as random idling or the appearance of your friend the “check engine” light.

Imbalance in the ratio of air to fuel, as a result of a problem in your fuel pump or its filter, can cause your engine to idle or misfire regularly, which might stop or become less noticeable when you increase your speed.

A leaky gasket (get your minds out of the gutter) may also be the culprit of your misfire if you’ve somehow blown one: when one cylinder fails, the compression fluid can leak into your other cylinders, causing your engine to become scratchy and idle.

What if it’s not a misfire at all?

There are several other situations that can lead to improper or erratic engine performance, none of which have anything to do with a misfire or a clogged converter.

Brake pads that are stuck or overly-sensitive could lead to strange sensations or jerkiness when you’re driving; it may also be a result of warped rotors or a rougher transmission downshift. If none of this makes sense – ask your engineer!

Problems with the transmission, which could be having difficulty moving correctly, may also be causing your car to become shaky, jerky or harder to control. This is completely separate from your engine of course!

A chattering clutch, caused by a disc or pressure plate problem or an issue with your overdrive gear, can also lead to sudden misfires that come seemingly out of nowhere, even when your engine is absolutely fine.