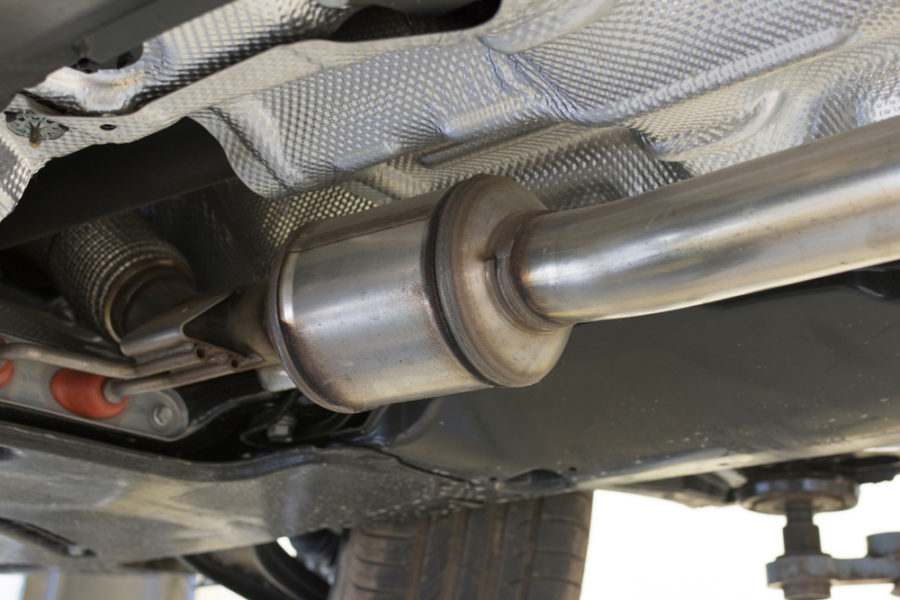 Our cars are made up of lots of different parts which together operate the engine and allow the car to drive.

The Catalytic Converter is one of these parts. It is located in the exhaust that controls emissions.

It reduces the toxic emissions output in exhaust gas by converting them into less-toxic pollutants through the process of reduction.

Catalytic converters are most common in vehicles which have internal combustion engines, however, they will be found in most cars in the US vehicle market. Those reviews are coming up very shortly, and after that we’ve also got a handy buying guide for you which walks you through everything you might want to think about before you buy.

And to top that off, we’ve also got another handy section where we answer some of your most frequently asked questions.

And with no further ado…

How Does a Catalytic Converter Work?

We’ve already established what a catalytic converter does, but to understand how long they last, we must first know how they work.

The catalytic converter performs an essential job within our cars to reduce the emissions they produce. It contains two ceramic blocks that have a solid design but contains a lot of little holes similar to the architecture of honeycomb. These holes are actually lots of microcellular channels.

The ceramic blocks are coated with precious metals that heat up due to their close proximity to the engine.

The heating of these metals causes a chemical reaction that breaks down the toxic gases emitted by the engine and converts it into carbon dioxide and water vapor. These gases can then be safely emitted into the atmosphere through the exhaust.

How Long Does a Catalytic Converter Last?

Of course, this number will differ depending on the number of miles you drive each year, however, a catalytic converter will usually have a long enough life that will allow you to drive between 70,000 and 100,000 miles before it needs replacing.

As this number suggests, catalytic converters usually have a long lifetime. This can be prolonged through regular checks to ensure any issues with the catalytic converter are identified early and can be fixed before they progress beyond repair. Repairs on this part can be very pricey so it is best to identify issues early.

Signs of a Dying Catalytic Converter

That being said, there are some common signs that your catalytic converter is on its way out. You should watch out for these and take your car to the garage if you suspect there is an issue with the converter.

If these oxygen sensors detect a change in the exhaust emissions a light will appear on your dash, in most cars, this light will show as a red circle to notify you of an error within the exhaust.

Should this light appear, or you experience any of the common signs we’ve listed above you should take your car to the garage to be checked.

What Causes Problems With The Catalytic Converter?

We’ve already established that your driving habits can have an impact on the lifetime of the catalytic converter in your vehicle, but some other factors can cause problems with it.

However, driving on uneven surfaces, across speed bumps, and through potholes can cause damage to the underneath of your vehicle. This could cause the ceramic to fracture and interrupt the exhaust flow. If this occurs you will likely need to replace the catalytic converter for it to work properly once more.

Or it could produce worse errors. This malfunction could lead to an improper fuel mixture condition which can lead to the burning of fuel and the converter melting.

Similarly to the issue with the oxygen sensors, this can lead to the converter burning up and melting. An issue that will require you to buy a new catalytic converter if it is not picked up early.

So in short, a catalytic converter will usually last for roughly 10 years, or between 70,000 and 100,000 miles if you would prefer to measure it that way.

This lifetime can be shortened due to bad driving habits and some other issues, but it can also be extended with good maintenance throughout your car’s life.