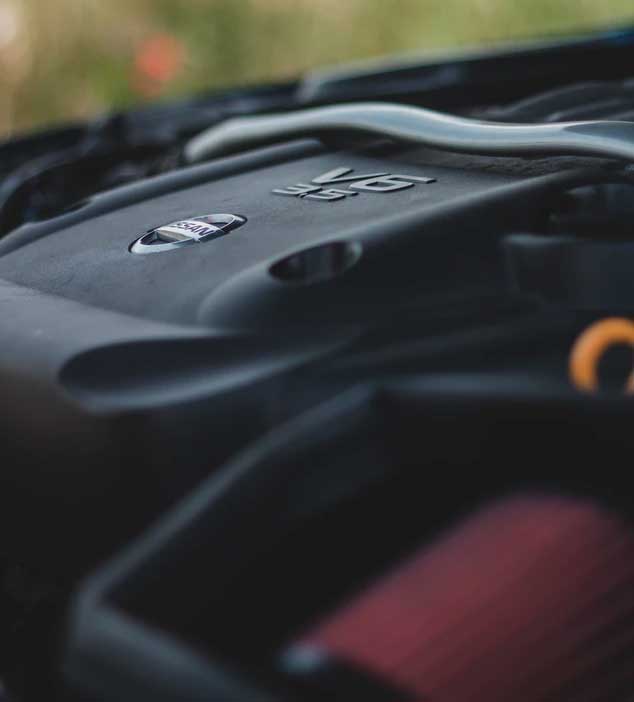 Humans are endlessly fascinated by, and addicted to, speed. Modern history has been partially shaped by our need to go further and faster than we ever could and to reach toward and break through the land, air, and water speed records that we set for ourselves.

Ever since the first motor car was invented by Carl Benz in 1883, we’ve been desperately searching for ways to make the automobile faster, and in order to achieve that goal, we’ve spent decades designing, refining, and perfecting motors and engines that will allow us to travel faster than we ever have before.

And the motors have pushed us further and faster than any others, are the V8 and the V6.  Everyone’s heard of them, they’ve become part of the mainstream lexicon, and every car manufacturer from Kia to BMW and Ford to Chevrolet makes V8 and V6 engines, but have you ever wondered what a V engine is?

Have you ever stopped and asked yourself what a V6 is? Well, even if you haven’t, fasten your seatbelt because you’re about to find out all about them… Automobile motors, or engines, use pistons which are enclosed and protected by cylinders to pump air and fuel into a combustion chamber, (which is why motors are called internal combustion engines) where, when they’re combined, they combust and produce the energy that powers the car, which is converted to kinetic energy and transmitted to the drive shaft that is used to power the wheels.

This reaction also creates waste gases that are channeled through the manifold and out of the engine via the exhaust pipe.

Almost all motors in road-legal cars have either two, four, six, or eight cylinders. The more cylinders an engine has and uses to create internal combustion, the more powerful that reaction is.

The motors in most modern road-legal cars tend to have four cylinders and use what is commonly known as an inline configuration. These engines are favored by major manufacturers as they are much simpler and cheaper to produce than their V-shaped counterparts.

This simplicity makes them relatively easy to work on, maintain and fix, and the inline configuration of the cylinders gives them a much longer “stroke” or travel distance, which in turn produces more engine torque (a measurement used to determine the amount of work a motor can do) which also makes inline engines more fuel-efficient than V variations.

The V engine was a celebrated and music cherished way of producing horsepower throughout the nineteen sixties and early nineteen seventies and was responsible for the advent of the age of the muscle car. However, following the Middle Eastern oil crisis of the mid-seventies, car manufacturers began to favor efficiency rather than power and as such began to focus on the production of inline engines.

That focus led to more and more manufacturers pushing the boundaries of what they were able to achieve with inline engines, which in turn led to the V design being seen as something of an anachronism.

As inline engines became more advanced, manufacturers managed to squeeze more and more power out of them by increasing their cylinder count to six and in some rare cases even eight.

These newer inline engines combined efficiency and power, and didn’t, and don’t rely on the brute force reactions that V engines do to generate speed.

If inline engines can be almost as powerful as, and are far more fuel-efficient than V engines, why do car devotees still long for V6’s and why do car manufacturers still make them?

Because V6 engines, thanks to the sixty-degree slant of the cylinder heads on either side of their blocks (which is where they get their name from) are more compact than their six-cylinder inline cousins and are much easier to fit and install in small, high-performance cars.

They may be small (you’ve probably heard people call them “small block” engines), but they generate a lot of horse-power, which is produced by the earlier mentioned internal combustion reaction.

And thanks to their configuration, even though they’re far more mechanically complex than inline engines, V6 motors are easy to work on and as such are still favored by performance and custom car manufacturers, who rigidly adhere to the philosophy that good things come in small packages.

If you want your car to make a lot of power, leave the starting blocks like you’re being chased by the devil himself, and nearly break the needle on your speedometer, the best way to do it is the same as it’s always been.

They may be viewed as relics by a lot of people, but when it comes to hitting the road and laying the rubber down, there’s no better way to do it than with a V6. They’re an elegant engine from a much more civilized motoring age.

A Little Bit Of History

The V6 made its motoring debut in 1906 when American car manufacturer Marmon built a single prototype that never went into production and didn’t make it to the assembly line.

Later adopted by GMC in 1959 and Buick in 1962, the first American V6’s were used in trucks and pick-up’s and didn’t become a fixture on the muscle car scene, which at the time tended to prefer the much larger and more powerful V8 motor, until much later, where it ultimately ended up earning the affectionate nickname “the small block”.

Having been used to power everything from pick-ups to family sedans and hot rods to Formula One racing cars, the V6 has earned its go-faster stripes and place in the annals of motoring legend one hundred times over.