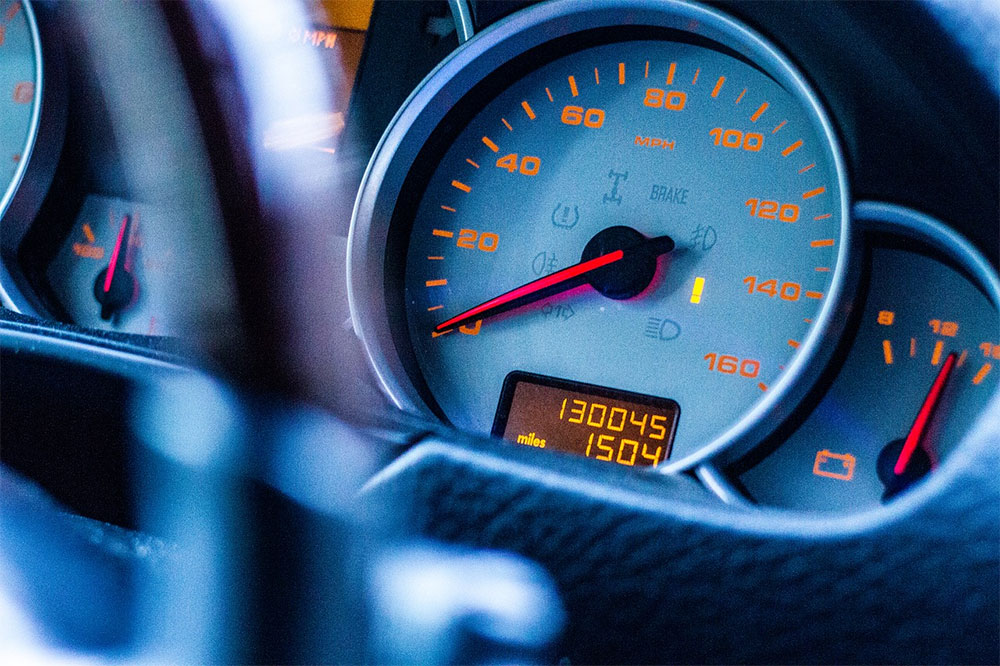 As a car owner, you will be well aware that things can often go wrong.

Cars are just big machines so it’s unsurprising that throughout their lifetime they will encounter errors.

But as well as errors, vehicles also have fail-safes. These protect our cars from further damage, but they do not fix the problem.

Today we’re looking at what limp mode is, including the changes it makes to our cars and the reason our cars activate it. What is limp mode?

As we’ve already mentioned, limp mode is a security feature that is built into most modern vehicles as a fail-safe. Limp mode will activate when your car identifies an issue within the engine or the transmission system.

Once activated, limp mode will shut down the ‘less important’ features within your vehicle and reduce the speed that the car can drive at to protect the engine.

Most modern cars are run by a computer within the build. This computer receives signals from a variety of our car’s components allowing the computer to identify if everything is running smoothly or not.

When it computes normal signals, the car will operate as normal, however, when the computer picks up irregular ranges it will not.

When this occurs, the computer will activate fail-safe modes, like limp mode, to prevent the car from operating like normal and protect its vital components from further damage.

The car’s computer will activate limp mode when it processes irregularities in the car’s engine or transmission function, so the causes behind limp mode being activated all originate in this area of the vehicle.

The most common cause is a failing transmission system. This is often caused by a bad solenoid or the links in the steering system falling out of line or being poorly adjusted.

Alternatively, another common cause is a leak within the battery. It is the battery’s job to power your car’s computer, but when the battery leaks it can cause issues with the vehicle.

A battery acid leak can damage the wires linking the battery to various other components under the bonnet of your motor. The damaged wires can affect the information broadcast from the transmission to the car’s computer and cause the issue with the battery to be misunderstood as a transmission issue.

This will cause the car to enter limp mode even though there is no issue with either the transmission or the engine, instead, it is just an error in the signals.

Similarly, another common cause of limp mode being activated is down to a sensor malfunction. Modern vehicles rely heavily on different sensors throughout the vehicle informing the computer of potential issues.

However, it is very common for these sensors to incorrectly pick up signals and misinterpret them as an issue with the transmission or engine.

Even though the issue lies in the car’s sensors, the computer will still trigger limp mode as it has perceived this as an issue with the transmission or engine.

With limp mode, there is not so much a series of signs that your car is going to enter it.

You will be able to tell your car has entered limp mode as soon as it activates. Once limp mode is triggered, the acceleration of your vehicle will drop significantly. In some cases, your engine may even shake due to the dramatic change in speed.

In automatic vehicles, you will see that the transmission will shift to a lower gear despite you attempting to drive quickly, and the air con will usually cut out immediately. When you perceive all of these signs at once, your car has entered limp mode.

How to bypass limp mode

Although limp mode is activated as a preservation technique for your car’s safety, it is possible to bypass limp mode if you wish to. This is not advised unless you are planning on driving your car to the garage to have it checked.

Your car enters limp mode for a reason, so bypassing it is a sure-fire way to cause more damage to the engine or transmission if the problem lies in that area.

When your car enters limp mode you should slow the vehicle down, and stop it dead in the next safe spot available. After you are stopped in a safe place, you should kill the engine of your vehicle.

Once the engine has shut down, you should not restart it for at least 5 minutes. This will provide enough time for the vehicle’s computer to shut down and the limp mode to deactivate as the computer resets itself.

When you restart the engine, you should attempt changing the gear of the car until you have reached the highest gear as this will confirm that limp mode has been deactivated.

Another way to bypass limp mode is by deactivating the battery. This is a lot more time consuming than the last method but almost guarantees that you can bypass limp mode.

You should stop in a safe space, pop open the bonnet, and detach the battery from all of its connections. This will completely stop the power in the car’s computer and cause it to reset.

After 30 minutes you should reconnect the car’s battery and start the engine. This will determine if limp mode has been deactivated, however, it is very uncommon for this method to fail.

So in short, limp mode is a safety feature included in most cars.

It protects the engine and transmission from further damage by shutting down non-essential functions within the car and limiting your driving ability.

While it is possible to bypass limp mode, it is not recommended you do this as it could result in further damage to the essential components of your vehicle.