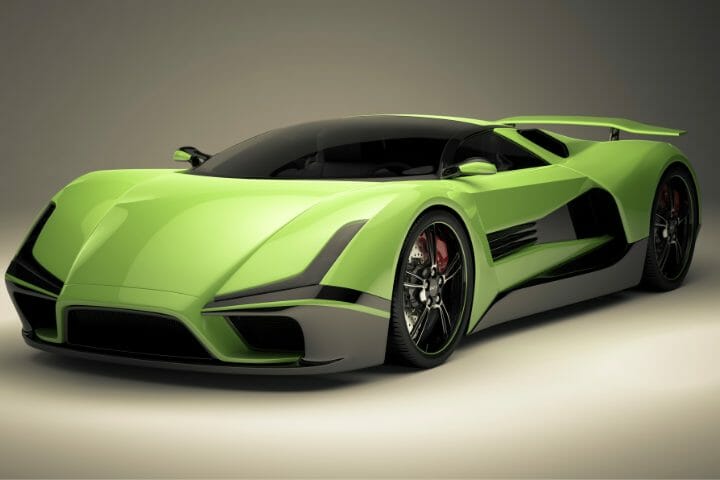 Have you felt that your car feels like it’s being blown away by the wind? It occurs mainly when the vehicle is not aerodynamically designed. Let’s understand the main reasons.

As a result, the wind resistance of air increases and pulls the vehicle in back wrad direction.

However, you can use numerous aerodynamic devices to reduce the drag and lift force created by the air. Simultaneously drive slowly when the wind blows strongly. Aerodynamics is a science in which we study how air flows around and through an object. Air is fluid, dramatically affecting fuel economy, acceleration, maximum speed, and handling while flowing through the vehicle.

An aerodynamic shape even reduces air noise and fuel consumption. The aerodynamic force is mainly of two types, i.e., drag and lift force. Let’s discuss them in detail.

We apply more effort whenever we walk in opposite directions of the strong winds. It is because of the air resistance which pulls us backward. The same thing happens in automobiles. Whenever a car moves on the road, resistance is offered by the air, known as drag. Drag force is composed of three forces:

But if the car does not have proper smooth finish paint, the friction increases, which finally increases the drag force. Whenever an object travels in the air, it provides another two forces, i.e., lift force and downward force. The same thing happens in automobiles. Whenever the air moves across the car, a force is created to try to lift the vehicle. This force is known as lift force. Another force is created, which will try to move the car down. This force is known as the downward force. These force dramatically affects the stability of the vehicle.

Why Does It Feel Like Car Is Being Blown Away?

Lighter vehicles like campers and trucks can have problems driving in strong gusty winds because these vehicles shave large surface areas. These open surface areas come in contact with the wind and increase the resistance when the car is in motion. Now let’s discuss how these gusty winds affect the car.

The wind force significantly affects the moving car. The aerodynamic design of your vehicle decides whether you can deal with the wind force. Whenever you drive your car in strong winds, then resistance is created by the air. If the car is more aerodynamic, it can easily overcome this resistance.

But if the car is not aerodynamically designed, then the drag force increases, and you feel like the car is being blown away. The wind flow will significantly affect the vehicle’s stability, acceleration, and top speed.

Try to drive slowly at that time to prevent accidents. Some car drivers feel the wind in their vehicle when they drive at 80mph, whereas some drivers experience it at 60 mph. So, it greatly depends on the aerodynamic design of the car. Additionally, if you have a lighter car, you will experience more air resistance than heavier cars.

What You Can Do About It?

You need first to check your vehicle to ensure whether there is any attachment that is creating more drag force. These attachments no doubt increase the car’s exterior look, but they can pose a problem when driving a vehicle in strong gusty winds.

Remember, the more attachments, the more the drag force. So dry to detach all the attachments and accessories like roof racks that you have installed in the car. You should not open the car’s windows while the wind blows at high speed. Opening windows will allow more air to enter the vehicle and thus increasing the drag force. Thus it disturbs the vehicle’s stability and increases air noise you don’t want. Closing the windows will significantly help reduce air resistance when the car is in motion.

#3. Adding Splitters On Your Car

Splitters are the extensions added at the front bumper’s bottom portion. They are durable and comprised of carbon fiber. Splitters greatly help in improving the stability of the vehicle. It divides the air when the car moves on strong winds and thus reduces the lift force.

When you drive a car without a splitter, air pressure increases at the frontal portion. The air that goes over the car moves at low pressure and creates a lift force which decreases the traction and stability of the vehicle.

But when you install splitters on the car, it acts as a wedge, and air pressure significantly decreases at the front portion when you drive at high speed. The higher pressure of air blows above the car, reducing lift force and enhancing traction. But splitters are a bit expensive and can change the front look of your car.

#5. Continue Having The Tail Gate

Most drivers think that they can minimize air resistance by removing tailgates. But in reality, it is false. Removing the tailgate increases the drag force and fuel consumption in high ways.

So, drive with a tailgate to reduce air resistance. #6. Lower Down Your Vehicle

You should lower the car by installing springs or coils. It greatly helps in reducing the airflow from under the car. Hence, the drag and lift forces reduce, and your vehicle remains stable while moving on strong winds.

Most modern cars are now equipped with spoilers. They are not there to increase the vehicle’s look, but they are installed to increase safety while traveling on the road.

A spoiler helps reduce the wind turbulence at the back of the car, thus lessening the lift force. It acts as a car brake and greatly helps in enhancing the stability when the vehicle is in motion. Simultaneously it increases the drag force while baking, which helps slow down the car’s speed.

The main aim while manufacturing a car is to make the low-pressure area on the car’s front portion. You can add an undertray on the bottom of the vehicle to reduce the drag force and fuel consumption.

You can add a rear diffuser to slow the airflow at the rear end. Some diffusers use longitudinal fins for better car stability on the road.

How To Drive Safe If the Wind is Blowing Hard

#1. You Should Drive Slowly

The most important thing you need to remember while driving in strong gusty winds is to drive slowly, even if you have installed any aerodynamic devices. If you don’t drive, most of the air will get underneath your car and significantly affect the braking, traction, and stability. So, it’s good to reduce the speed of the vehicle to reduce the air resistance while driving a car in a strong gust of wind.

If you drive a car on more exposed areas like highways, the vehicle will be exposed more to the air, affecting the stability and traction. So, try to drive in a covered or shelter area whenever strong winds blow. #3. Be Careful While Overtaking

When the wind is blowing strongly, you should be careful while overtaking a large vehicle like a truck or bus. It is because whenever you pass a large vehicle, a sudden gust of wind may flow from one direction and affect the car’s stability.

#4. Hold Tightly To The Steering Wheel

Strong gusty winds can blow at any time and affect your car’s stability. Try to hold the steering wheel tightly all the time enduring driving. But don’t hold it too tightly as it can jerk the wheel when the wind pushes the car.

#5. Allow Enough Space To Other Drivers

You should allow a good amount of space between your vehicle and other road users.

You must be a good observer while driving a car in strong winds. Observe how other drivers tackle strong winds and adjust vehicles accordingly or take some safety precautions.

Park the car in a safe or sheltered place when the wind blows strongly; otherwise, telephone lines or big trees can fall on the vehicle. #1. Why does it feel like the wind is pushing my car

Strong gusty winds can push the car outside of the lane while driving if the car is not designed less aerodynamically, the drag force increases, which decreases the car’s stability. You feel like the wind is pushing the car. The fuel consumption is also increased, and you hear air noise while driving. Again if the tires are worn out, then it can cause the vehicle to sway.

#2. Can wind cause the car to wobble

#3. Why is my car all over the road when it’s windy

You must first check the tires when you discover something strange while driving. Rough rides can be because of several possible reasons like damaged tires, loose lug nuts, different pressure on the tire, insufficient tire pressure, or improper maintenance.

Yes, extremely strong gusts of winds can be capable enough to push your car out of the lane in which you are driving or even force it onto the curbside. Hence it is best to avoid driving if the wind speed is very high.

We have discussed above the importance of aerodynamic design in the car. This design dramatically helps the vehicle while traveling in a strong gusty wind. Simultaneously, you must ensure that the tires have sufficient pressure and are correctly mounted to avoid swaying or wobbling while traveling on highways. You also need to inspect the steering and suspension systems to ensure they are in good condition.

Damage in this system can significantly affect car handling in gusty winds. Simultaneously use various aerodynamic devices like rear diffusers on your car to increase safety in windy weather.

Thank you for reading!